Here, we are going to take a look at 14 of the best African musicians who are considered the best in their business, along with some of the upcoming artists that stand out as the best right now in 2021. Let’s get to it! 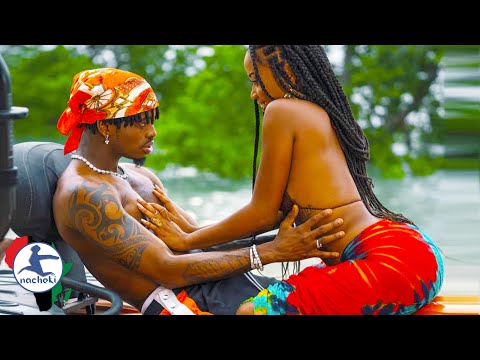 We are going to start with Wizkid. His real name is Ayodeji Ibrahim Balogun. He started at age 11 with the group Glorious 5, which was just him and a few of his church friends.

Wizkid was found when he met O.JB. Jezreel. Jezreel took Wiz under his wing, taking him to visit the studio where Wiz learned the ropes. In 2009, he joined with E.M.E. (Empire Mates Entertainment) and Wizkid’s career took off, landing as one of Nigeria’s top artists and basically one of Africa’s best musicians.

Fally Ipupa was born Fally Ipupa N’simba Fall. Hailing from Kinshasa of the Democratic Republic of Congo. Fally began his singing career in the church choir.

Grabbing attention with his voice, his musical career started with him joining well-known local music groups like “New City, also known as “New Covenant”. From 1999 to 2006, he was with the musical band Quartier Latin International.  Then, on his first solo outing in 2006, his debut solo album Droit Chemin sold over 100,000 units.

His second album was released 3 months later to much success as well. He has gained so many awards, including Best Video and Best Francophone Artist at the MTV Africa Music Awards in 2010.

He also won Best Artist or Group at the Kora Awards. It’s no wonder he’s ranked as one of Africa’s best musicians.

Naseeb Abdul Juma Issack is better known as Diamond Platnumz. Residing from Dar es Salaam, Tanzania, Diamond Platnumz busted on to the music scene in 2010 with his Afropop, bongo Flava album Kamwanbie, which was also the title of his hit single. In 2012, he unleashed his second album, Lala Salama, which became his true hit success, being his top-selling album.

Diamond Platnumz’s popularity grew in 2018 as he started featuring and collaborating more with fellow artists. On his next album, A Boy from Tandale Diamond, featured popular artists in the ranks of Tiwa Savage, P-Square, Rick Ross, Omarion, and Davido, just to name a few. Other famous African musicians have featured him in return.

He is one of Tanzania’s top artists and the richest artists due to his slew of number one hit singles and awards. He also owns Diamond WCB Wasafi record label, Wasafi TV, and Wasafi FM.

You know him as Burna Boy, born Damini Ebunoluwa Ogulu of Ahaoda in River State, Nigeria. His love of music started at age 10 when a classmate gave him a music production program called FruityLoops. It is no surprise considering his grandfather was Benson Idonije, who once managed Fela Kut.

From then on, he formed a little group band that went around performing at concerts. He then went to college in London but dropped out to pursue his love of music that he had since he was 10 years old. His mother understood this and got a job especially as an intern at a radio station.

There he was able to go in after the day’s work to play around recording songs after songs. Burna Boy got his break in 2012 when he released his single Like to Party. Five more hit singles followed before his feature debut album L.I.F.E. came to life in August of 2013.

It featured one other well-known Nigerian artist, such as Wizkid, Timaya, Olamide, M.I, 2face, and Reminisce. His first album sold 40,000 copies on the first day, landing him the number 7 rank on the Billboard Reggae Albums Chart.

In 2020, his album Twice as Tall won a Grammy for Best Global Music Album. It was the first Nigerian win in that Grammy category.

Born in the United States in Atlanta, Georgia to Nigerian parents, his father is Dr. Deji Adeleke, who is also a co-founder of Adeleke University located in Osun state, as well as CEO of the Pacific Holding Limited.  Given the name David Adeleke, he now goes by Davido and is a top Nigerian musician.

It was in October 2011 that his single Dami Duro that he co-produced with Shizzi came out. The song was accompanied by a beautiful video that was released in 2012 that sent the song all abuzz throughout the media and radio stations.

In July of 2012, his debut album was released with the title Baba Olowo (Child of a Wealthy Person). The song Omo was from the album and was an equal hit and his hit songs have not stopped.

In 2009, after her performance on the United Kingdom’s “The X-Factor”, Tiwa Savage got a publishing contract deal with Sony/ATV Music. The Nigerian-born singer actually started her singing music career in the U.K. being a backup singer for the likes of George Michael and Mary J. Blige. In 2012, though, she went back to her homeland of Nigeria to further advance her career in music.

She next signed with Universal Music Group in 2019, which produced her 2020 album, Celia. Tiwa Savage knows how to rise. She won numerous more awards, like Soundcity’s M.V.P Award for Best African Video of the year, and the Best West Africa Female Award 4 times.

Look out for Elaine! Elaine has captured a legion of fans with her 2019 song You’re the One from her debut album Elements. The album has led her to be one of the most streamed female artists in Africa.

Only 21 years old and hailing from South Africa with a voice reminiscent of the golden R&B era, Elaine is all real. Last year, she recently signed with U.S. Columbia Records and has definitely put her on the best African musician radar list.

Ranked number 10 among the best musicians in Africa this year by Calcified.com. Innocent Ujah Idibia, or more famously known as 2Face Idibia, was born in Jos Plateau, Nigeria, but it is Benu State that he called his hometown. Considered a music legend, Idibia started at the bottom with nothing but talent and a drive as he rose to the top and now is known as one of the best-known Afro-pop singers in Africa.

His music career started in 2000 when, while attending university, he collaborated with Blackface and Faze forming the popular group Platashun Boiz. The group had two successful albums, then they parted, going solo in 2004, where he released his first solo album Face 2 Face. The album’s success and his hit African Queen showed the world he could hold his own as a solid solo artist.

In 2006, he released his second solo album, Grass to Grace, and then in 2007, he joined back with Faze and Blackface to release Platashun Boiz’s last and final album. From then on, his solo career has only flourished as he released 4 more albums after his second album, which has won him tons of accolades and awards. Thus, it’s no surprise, he is considered the best in the African music business.

Hailing from Tema, Ghana, he is one of Africa’s best rappers with hit after hit. The magic he makes teaming up with other artists though is his true claim to fame. His debut came in 2009 with his album Makye.

He won Ghana’s Music Award for Artist of the Year in 2010, Best Rap Act at the 2014 MTV African Music Awards. He has also been ranked the 8th most bankable artist in Africa in 2013 by Forbes.

Sha Sha is another African musician that belongs on this list. Sha Sha came out with her debut EP Blossom in 2019. Born in Zimbabwe, she won Best New International Act at the BET Awards thanks to her soulful, powerful voice.

In 2020, she was listed as the most-streamed female artist on Spotify in Africa. It’s most likely due to her hit single Tender Love with DJ Maphorisa and Kabza De Small.

At the same time, it was listed on Spotify African as the most-streamed song too. Sha also won Best New International Act at the BET Awards.

Named the most famous singer alive in Senegal, well, pretty much all of Africa by the Rolling Stones. Ndour was born in Senegal and started his singing career at nightclubs, one of which was the popular Kasse’s Club in Dakar, where Ndour hails from. The king of mbalax is a popular music style in Senegal that is often used in special Ndut tribe ceremonies.

This style of drumming has now become mainstream and is used in tons of music today. Artist Peter Gabriel even featured him on one of his albums, gaining him more world recognition. A songwriter, composer, businessman, and actor, Ndour is like a god of music.

One of the best musicians coming out of Congo is Olomide. He thrives with his slow take on souko-style music.

A triple threat, he is a singer, dancer, and record producer, proving to be a leading force in the African music industry. Being that he is the recipient of 2 gold record certifications, which doesn’t hurt either.

Afro-pop Nigerian singer Yemi Alada came into the music scene in 2013, flashing her single Johnny. It ruled the airwaves all over Nigeria and outside as people praised her as one of the best African musicians of the current time. She went out to unleash 4 more albums and songs that launched her onto world tours and awards such as Best Female Artist in Western Africa in 2015, and Best Female performer in 2017, 2018, and 2019.

Before she was South African rapper Sho Madjozi, she was Maya Christinah Xichavo Wegerif. Her music career started with spoken word poetry, which gained her the nickname of “Maya the Poet”. Poetry was then set into motion after she collaborated with rapper Okmalumkoolkat in Ngiyashisa Bhe.

Then in 2017, she released her first single, Dumi Hiphow featuring PS Djz. The song took off, gaining popularity all over Africa. That same year, she was featured with DJ Maphorisa’s Blaqboy Music Present Gqom Wave in their song Probleme.

Her popularity grew, securing her a spot in the Global Citizen Festival: Mandela 100 in 2018 that featured Beyonce and Jay-Z as their lead performers. That same year, she released her debut album called Limpopo Champions League, gaining her recognition in the music world as well as earning her awards.

In 2019 she won Best Newcomer. Following the year in 2019, she won Female Artist of the Year. Thus securing her to be one of the best African musicians of the moment.