Mexico has an impressive musical heritage. From Mexico, the world was introduced to banda, mariachi, and rancher music. It’s the only country in the world that has singers dedicated to narcocorridos, which are songs about drug runners and cartels.

Many Mexican artists have achieved international success and some are famous just in Mexico. Here are 15 of the best Mexican musicians that you need to know today. 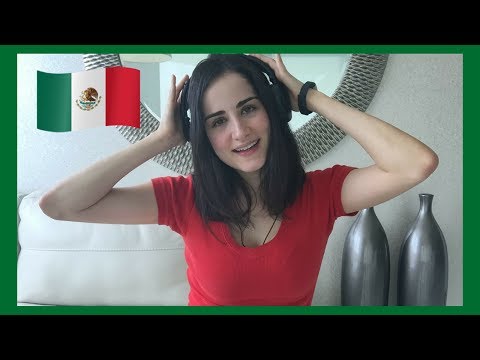 In 2015, The Rolling Stone named Carlos Santana the 20th best guitarist in the world. The Mexican-born guitarist began playing the stringed instrument when he was just three years old. In the 1960s, the artist gained popularity for adding Mexican instruments such as congas into rock ‘n roll music with his band, Santana.

His big debut was at Woodstock in 1969, where he thrilled crowds with his psychedelic jams. With his spin on traditional rock music, Latin American jazz was born.

His popularity remained steady over the next three decades and surged once again in the late ’90s when he partnered with Rob Thomas from Matchbox 20. He is one of the most well known Mexican/American artists with huge amounts of commercial success.

Selena Quintanilla was best known as just Selena. The Latin pop star was nicknamed the Mexican Madonna because of her sexy outfits and sultry stage appearances. The Texas-born Latina earned English as a first language, but her father taught her to sing in Spanish.

It was important for him for her to resonate with the Latin community through Spanish music. By the late ’80s, Selena recorded her debut album after spending time as the lead singer of her family band. After her first album was released, she was called the “Queen of Tejano.”

Tejano is a type of Spanish music that incorporates styles found in traditional country/western music. Sadly, Selena was murdered in 1995. Her last album, Dreaming of You, was released after she died.

In many parts of the world, Javier Solis is known as the best Mariachi soloist ever. Solis specialized in bolero-ranchera music. But, his talents weren’t limited to just this style, he could create many types of Mexican music, including danzones, waltzes, and tangos.

As an older teen, Solis, who had been abandoned by his mother, began singing in local competitions. His first singing contest prize was a brand new pair of shoes. Eventually, Solis was banned from competing in musical competitions in Mexico because he was impossible to beat.

Paulina Rubio Dosamantes, known as Pauline Rubio or La Chica Dorado, is considered the Queen of Latin Pop music. Born in Mexico City in 1971, Rubio first became famous as a member of the Latin teen group Timbiriche. The Latin pop group made her famous and helped launch an acting career and brought her talents to North America, where she eventually recorded albums in English.

She had several roles in telenovelas and was the opening act for Enrique Iglesias when he toured the states. Her raspy voice is immediately recognizable and her looks are undeniably gorgeous. In 2002, Rubio was ranked #97 in Stuff magazine’s 102 Sexiest Women in the World.

Chente Fernandez is a cultural icon in Mexico. He always performed in charro, a regally costumed, cowboy-like male figure akin to traditional Mexican music. Before his retirement, the artist recorded over 50 albums, including a variety of different Mexican music styles, and sold over 50 million records.

With stats like this, Chente Fernandez is the best-selling Mexican artist of all time. Fernandez’s most prominent Mexican music includes rancheras, but his talent covered several different styles. Many times, Fernandez would perform with a live mariachi band, but is not considered a mariachi artist.

Like many Mexican artists, Chente was often compared to American artists in terms of popularity. Gabriel Iglesias once compared the popularity of Fernandez in Mexico to that of Elvis Presley in the United States. For his contributions to Mexican music, Fernandez was inducted into Billboard Music’s Latin Hall of Fame in 1998.

As the son of the famous Mexican singer, Vicente Chente Fernandez-Gomez, it’s no surprise that Alejandro Fernandez is one of the best-selling Mexican musicians of all time. His nickname, El Potrillo, which means Little Colt, was a direct result of who the singer’s father was and the younger Fernandez’s career path, which mirrored his father’s same choices.

During the 1990s, Fernandez made a name for himself as a ranchero singer. By the late 90s, the Latin singer had gone international with nine albums topping the music charts and nearly a dozen songs breaking into the top 200 Billboard list. In 2020, Fernandez recorded a duet with his father, Menti, which launched the album to number one on Top Latin Albums.

Born in Mexico City, in 1974, Cristian Castro was the son of two beloved Mexican entertainers, Veronica Castro and Manuel Valdes. Castro and his mother had a close relationship and even helped him land his first acting gig starring alongside her in a telenovela. By the early 1990s, Cristian had moved on from occasional roles in telenovelas to recording romantic ballads.

In addition to including English phrases in his Latin music, Cristian is also known for combining Japanese Shibuya pop with Latin pop. Since 2010, Cristian Castro has toured Latin America and North America tirelessly. He has also devoted his musical styling tributes to Latin artists that influenced him throughout his life.

Marco Antonio Solis has a musical career that spans four decades. The longevity alone of Solis’ career is a testament to the Mexican singer’s popularity. In 1975, Solis established Los Bukis, where he was the lead vocalist and guitarist.

Los Bukis was wildly successful for over twenty years and only broke up as a result of Solis’ wish to have a solo career. Solis’ solo career took off after his split from the group and he even earned several Hot Latin Tracks. In 2017, Solis’ popularity surged again as he dubbed the voice for the popular Disney Pixar character Coco.

Valentin Valencia was an up and coming Mexican banda music singer. Banda music is a strict Mexican-only genre. It is created through the use of traditional dance rhythm synthesis.

Valencia stood out as a banda music singer because his songs were considered narcorridos. Narcorridos is a Mexican-style music that narrates the lives of drug lords and their henchmen through song. At age 27, Valencia was allegedly murdered by a member of  Los Zetas, which was believed to be a drug trafficking gang associated with the cartel.

Lola Beltran was born María Lucila Beltrán Ruiz in El Rosario, Mexico in 1932. She is known as the greatest ranchera and Huapango musician. Beltran was a diva in her own time and often wore extravagant costumes, furs, over-the-top jewelry, and had a grandeur demeanor.

She chose music that often told the story of down and out Mexicans, akin to country and western music in the United States. Her music resonated with the working-class citizens of Mexico City. When Beltran died, her body lay in the center of Mexico City and the entire country mourned her loss.

While citizens mourned, her music and movies that she had starred in played on a big screen nearby. Radio stations in her hometown and all across Mexico played her music on a loop until her body was buried. Beltran will be remembered and her music loved by all in Mexico, but so will her humble demeanor.

Although she was known all across the world and had performed for the King of Spain, Richard Nixon, and many other celebrities, Lola declared that she did the same for everyone she entertained.

Belinda is a Latin Grammy Award nominated singer with Spanish and Mexican backgrounds. She released her first album in Mexico City in 2003. Her success exceeded the borders of Mexico and helped her sell more than 2.5 million copies of her debut album, Belinda.

She is considered a pop singer with a style similar to Pink and Katy Perry in the US. All of her songs are high-energy mixed with electro pop. Although Belinda was a teenager when she made her Mexican music debut, her sound has crossed over from kiddie-pop to music that younger and older listeners will love and listen to.

Dulce began recording music when she was just 11 years old. At that young age, she joined the Mexican band, Kids. The group was acclaimed all around Mexico.

Children and adults alike appreciated the songs and lyrics for children of all ages. In 1999, Dulce and her boyfriend, also a member of Kids, left the group to create their own duet, D&D. Dulce also replaced an existing member of Jeans, a Mexican all-girl group, in 1999.

She remained in that group for several years, performing all over the country and recording albums. Eventually, Dulce put her singing career aside to pursue an acting career, specifically in telenovelas, but her music from all aspects of her life is still acclaimed by her fans.

Jezzy P is a female Mexican rapper performing in her home country and all around the world since the late ’90s. One of the reasons Jezzy P stands out in Mexican musical history is because she dares to speak up about crimes, especially crimes against women, in her hometown.

Jezzy’s inspiration was a series of female murders that went unsolved and uninvestigated in her hometown. Nearly three decades after her initial debut in the rap world, Jezzy P is considered one of the most influential emcees in the world. She is also very vocal about working to expose and discuss gender discrimination.

Yuri is one of the best-known female singers in Mexico. As a young child, Yuri received a scholarship to study ballet in Russia. However, her mother did not want to let her go.

She was afraid if Yuri went to Russia at such a young age, she’d never come back to Mexico. To appease her daughter, Yuri’s mother helped her create a Mexican girl group. She quickly began performing at music festivals, events, and concerts with big-name musicians such as Celia Cruz. In 1982, Yuri recorded her debut album.

The album was extremely successful, but didn’t end up launching Yuri’s musical career. Instead, the album contributed to launching Yuri’s acting career. Despite moving towards cinema rather than music, Yuri’s style and ability to smash chauvinistic ideations in Mexico made her one of the most beloved Mexican singers of all time.

Juan Gabriel, born Alberto Aguilera Valdez, was a flamboyant Mexican singer and an inspiration to Mexican pop culture in the 1970s and 1980s. Gabriel’s music was best-loved for challenging Mexican music’s status quo. Through his career, Gabriel collaborated with a variety of artists.

Under his name only, Juan Gabriel sold over 60 million records. As of 2021, Gabriel’s nineteenth studio album is known as being Mexico’s best-selling album in history. This album alone contributed to 8 million of Gabriel’s sold records.