Nigeria has arguably some of the best musicians in Africa. This has been made possible by the availability of talent coupled with the ability of Nigerian musicians to experiment with sound, work with international artists, and release unique music videos. 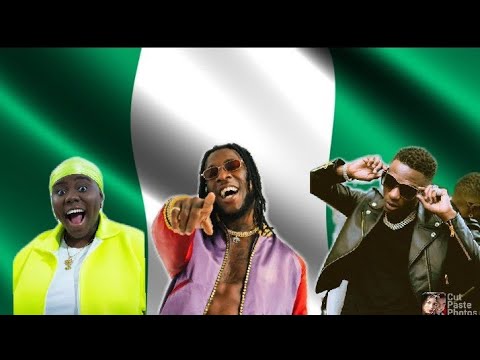 Burna Boy is by far the best musician in Nigeria. He is a singer, songwriter, and rapper. The star is particularly famous for his afro-fusion style, which combines afro beats, reggae, dancehall, rap, and R&B music genres.

Burna Boy started singing in secondary school and later dropped out of school to pursue music. The Superstar became mainstream in 2012 when he released his single Life to Party from his debut studio album L.I.F.E. Ever since, Burna Boy has released many hit songs and albums.

The hitmaker has released five studio albums, including L.I.F.E, On a Spaceship, Outside, The African Giant, and Twice as Tall. He has released two extended plays, Redemption and Steel 7 Copper. Outside won B.E.T. Best International Act in 2019.

Twice as Tall was voted Album of the Year at the All Africa Awards in 2019. The album has been nominated twice at the Grammy Awards for the Best World Music Album. His success and accolades make him one of the most successful artists in Nigeria.

Wizkid is a Nigerian singer and songwriter. He is renowned for promoting Afro beats at the international level and resembling Fela Kuti’s style of music. The Superstar has recorded four studio albums: Superstar, Ayo, Sound from the Other Side, and Made in Lagos.

He has recorded one extended play called Soundman Vol 1. Wizkid has received 65 awards, topping the list of Nigerian artists with many music awards.

His first album, Superstar, won the best album of the year award, while Sound from the Other Side contributed to his recognition as the King of Music in Lagos. Wizkid has received more B.E.T. awards than any other African musician. He has recorded songs with top international musicians like Chris Brown and Drake.

He featured on Beyonce’s Brown Skin Girl, which won a Grammy award in 2021. Wizkid has cemented his place by remaining consistent throughout the years after joining Empire Mates Entertainment (E.M.E.) in 2009.

The next top musician in Nigeria after Wizkid and Burna Boy is Davido. He is a distinguished singer, songwriter, and producer.

Davido’s first single from his debut studio album, Omo Baba Olowo did not get much attention. His second single, Dami Duro, from the same album, introduced him to the mainstream industry.

The artist has three studio albums: Omo Baba Olowo, A Good Time, and A Better Time. The singer is accredited with an extended play called Son of Mercy. Davido has released many hit songs, including Coolest Kid in Africa, If, and Fall.

Davido has received 29 awards, including The Headies Next Rated award and B.E.T. Best in International Act Award. His hit songs and albums have also received many nominations.

Olamide is one of the best hip-hop recording artists in Nigeria. He sings in Yoruba and English. The Superstar started by releasing street songs and is considered the Street King by many fans in Nigeria.

Olamide rose into prominence in 2011 after releasing Omo To Shan from his debut album named Rapsodi. His other albums include Y.B.N.L., Baddest Guy Ever Liveth, Stree O.T., 2 Kings and The Glory.

He released Carpe Diem and UY Scuti albums, as well as an extended play called 999 between 2020 and 2021. Singles such as Lagos Boys, Motigbana, and Bobo demonstrate his creativity and ability to make indigenous raps global hit songs. Olamide has been the recipient of many local and international awards.

The Nigerian hip-hop artist has won 22 awards from the Nigerian Entertainment Awards, B.E.T. Awards, The Headies and other organizations tasked with ranking and awarding artists.

Tiwa Savage is the best female artist in Nigeria and Africa as a whole. Apart from singing and writing songs, Tiwa is also an actress. She started her career as a backup singer for various artists in the United Kingdom like Mary Blige and George Michael.

Although men currently dominate afro beats, Tiwa Savage has been able to stand out and give other artists a run for their money. The artiste uses English and Yoruba to release songs about politics, money, and love. She has worked with celebrity producers like Pheelz and Blaq to release quality Afrobeats tracks.

She released her first album titled Once Upon a Time in 2013. The album was nominated for Best Pop Album at the Headies and Best Album of the Year at the Nigerian Entertainment Awards in 2014.

Tiwa released her second album, R.E.D, in 2015 and an extended play called Sugarcane in 2017. Tiwa Savage has received several accolades, including Best African Act in 2018.

For female musicians, Yemi Alade is second to Tiwa Savage in the Nigerian music industry. She debuted in the music industry in 2013, following the release of her first single, Johnny. The single was a hit song in Nigeria and other African countries.

Since then, the University of Lagos alma mater has gained much cognition and is considered one of the best female artists in Africa. Yemi followed up the hit single with five albums King of Queens, Mama Africa, Black Magic, Woman of Steel, and Empress. She sings in Igbo, Yoruba, Pidgin, Swahili, and English.

The Superstar is also applauded for her stage performance, electric dances and videos. Yemi’s talent, unique style, and popularity have earned her many nominations and awards.

She has been voted Best Female musician in Western Africa and Best Female Artiste. Yemi has won the Best Performer award three times.

Patoranking is a popular musician in Nigeria. He is famous for his peculiar blend of reggae and dancehall genres. He started his career by working with veteran musicians like Konga and XProject before making a breakthrough in the mainstream industry.

He mastered the art of creating quality and memorable songs while working with these veteran artists. Patoranking has released three studio albums, God Over Everything in 2016, Wilmer in 2019, and Three in 2020. The artist’s hit songs like My Woman and My Everything and No Kissing Baby topped music charts in Nigeria and the world.

Patoranking has more than 12 major awards. He won the Next Rated Awards in 2014 at The Headies and the Best New Act of the Year. The dancehall-reggae artist has also received nearly 161 nominations throughout his career.

2Baba, formerly known as 2face Idibia, is a Nigerian songwriter, singer, and producer. Apart from specializing in music, 2Baba is an activist and philanthropist. 2Baba has been active in music since 1994.

He has diversified his style to remain relevant and cement his spot as one of the best musicians in Nigeria. The singer and producer has released many types of work. He has seven studio albums under his belt, including Face to Face, Grass to Grace, The Unstoppable, and The Ascension.

2Baba has received multiple nominations and won many awards. He was the first African artist to win the Best African Act Award at MTV Europe in 2015.

He has five Headies Awards, four MTV Africa Music Awards, and a single B.E.T. award. His music is unique, timeless, and mature, making him one of the most relevant Nigerian musicians.

Falz is another solid musician in Nigeria. The Nigerian songwriter and rapper started his career by releasing a mixtape called Shakira in 2009.

His single Marry Me, featuring Yemi Alade, and Poe rose the rapper to stardom. His discography comprises four studio albums, one extended play, one mixtape, and multiple singles.

Simi is a promising singer and songwriter in Nigeria. Her success in the male-dominated industry can be attributed to her consistency, creativity, and hard work. Simi’s discography includes three albums named Ogaju, Simisola, and Omo Charlie Champagne Vol 1.

She has one collaborative album with Falz titled Chemistry and an extended play titled Restless II. Simi has 12 significant awards to her name.

She won the Best Act award at the Nigerian Entertainment Awards in 2016. Her hit song Joromy won her three different awards at the Headies Awards in 2018.

Don Jazzy is a veteran singer, songwriter, and record producer. He has worked with reputable international artists like Kanye West and Jay Z.

Although he does not have an album yet, Don Jazzy’s music and production style can be seen in his music with upcoming artists like Rema. The Lagos-raised artist has received multiple awards, including two Headies Awards for the producer of the year and The Beatz Award in 2019.

D’banj is a celebrated Nigerian singer, songwriter, and rapper. The artist mixes Afrobeat and Afropop to create his music.

He uses humor to make his songs entertaining. D’banj has five studio albums: Non Long Thing, RunDown Funk U Up, The Entertainer, and King Don Come.

His hit song Olver Twist trended in Africa and was a top song on the U.K. Billboard chart. He is currently working on new music and has promised his fans a new album.

Teckno is a Nigerian hip-hop and R&B artist. The musician attended music school, where he learned how to play guitar and piano. He rose to fame after releasing Duro.

It became a hit song in Nigeria and beyond. However, Tekno took a forced leave in 2018 after damaging his vocal cords.

Since returning from the break, the 30-year-old singer has released hit songs like Enjoy and Skeletun. He won the Best Pop Extra Video at the 9th Nigeria Music Video Awards and the Best New Act at the 2016 MTV Africa Music Awards.

Omah Lay is an upcoming Nigerian singer, songwriter, and producer who has already gained prominence for his hit singles and style. He released his debut song, Do Not Disturb, in 2019. He has various hit songs, including Lo-Lo, Godly, and Understand.

Despite being in the industry for only a few years, he won the Headies’ Next Rated award in 2020. His hit song Godly won the Most Played Pop Song category at the Net Honours Award in 2021. Omah is a young and talented musician and is expected to release more hit songs and albums in the future.

Closing the list of the 15 Best Nigerian Musicians is Timaya. His music career started in 2005 when he released Dem Mama. This hit song gained him recognition in Nigeria and a few African countries.

He released two albums between 2005 and 2008 titled True Story and Gift and Grace. His third studio album, De Rebirth, earned him international recognition.

He released his fourth album, Upgrade, in 2012. His songs and albums have earned him several awards, including A.F.R.I.M.M.A. awards and four Headies awards.