Trios are rare in the rock music world, but occasionally three musicians do find the perfect sounds for success. The following fourteen bands range in style from rockabilly and grunge, to heavy metal and punk, but they are all rockers.

These fourteen bands come from different localities, including the United States, Canada, Australia, and Great Britain. Most of them are famous with platinum records, they have all influenced generations of musicians, and they all deserve a place in rock music history. 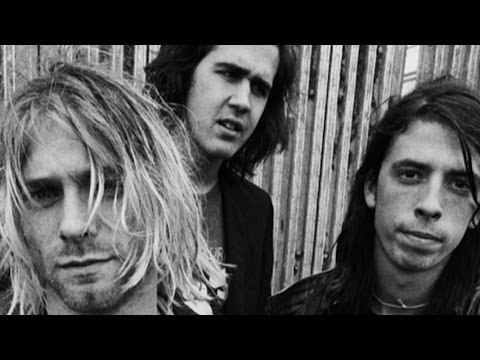 1. Jimi Hendrix and the Experience

Although usually thought of as a solo performer, Jimi Hendrix was actually a member of a trio known as the Experience. Jimi Hendrix on guitar, Noel Redding on bass, and Mitch Mitchell on drums made up what many rock historians consider the most outstanding and innovative band to ever play music.

The Experience produced three studio albums in 1967 and ’68. Hits including Hey Joe, Purple Haze, The Wind Cries Mary, Foxey Lady, and All Along the Watchtower were like nothing else that existed at that time or since!

The Experience was definitely an exciting experience. When playing live, Jimi Hendrix and the Experience captivated audiences with unbelievable guitar rifts, haunting melodies, surreal lyrics, and dramatic theatrics, including “sacrificing” a favorite guitar by bashing it on stage. Live performances at Monterey International Pop Festival, Royal Albert Hall, and the Denver Pop Festival cemented Jimi Hendrix and the Experience into the hearts of young people everywhere.

Billy Gibbons joined with Frank Beard and Dusty Hill in 1969 to form the Texas southern-blues rock-band known as ZZ Top. With hits like La Grange, Legs, and Sharp Dressed Man, ZZ Top rocked Texas, the USA, and beyond. By the mid 80’s, ZZ Top was known around the world.

Nirvana was founded by Kurt Cobain and Krist Novoselic in 1987. Dave Grohl, recruited in 1990, rounded out the sound and the best alternative rock-band in history was born.

Bursting into the Seattle grunge scene, Nirvana’s sound contained haunting contrasts, from gentle verses to loud, disturbing choruses. With hits like Smells Like Teen Spirit and All Apologies, Nirvana also found main stream success. Nevermind, Nirvana’s second album, is considered a cultural phenomenon and marked the end of the dominance of hair metal.

Nirvana is one of the best-selling bands of all time and has received numerous awards, including the American Music Awards, MTV Video Music Awards, and a Grammy. They were inducted into the Rock and Roll Hall of Fame in 2014 and the posthumous live album, MTV Unplugged in New York (1991) won Best Alternative Music Performance in 1996.

Cream combined psychedelic rock, jazz, and blues to create a sound that took Britain by storm, leading the way for Hendrix, The Stones, Led Zeppelin, and other early rock bands. Bassist Jack Bruce, guitarist Eric Clapton, and drummer Ginger Baker put out only three albums during their time together as Cream, but each one made a huge impact on the music scene.

Cream’s third album, Wheel of Fire, became the first platinum double-album ever sold. Their song White Room received the most air time, but their cover of Robert Johnson’s Crossroads featured a solo by Clapton that is considered by many rock fans to be the greatest guitar solo ever. That is quite an accomplishment and fans expect no less from Clapton.

This British rock band was formed in the late 70’s by Gordon Matthew Thomas Sumner (better known as Sting), Andy Summers, and Stewart Copeland. With hints of reggae, jazz, and punk, The Police merged into the mainstream music world, becoming a definitive new-wave rock band of the times.

Topping the charts with such hits as Roxanne, Message in a Bottle, Don’t Stand So Close to Me, and Every Breath You Take, the band was one of the most well-known British rock bands of the 80’s. The Police, going on to sell over 75 million records, is one of the best-selling bands of all time.

They have also won a number of music awards, including six Grammy Awards, two Brit Awards, Best British Group, and an MTV Video Music Award. In 2003, they were inducted into the Rock and Roll Hall of Fame.

The Violent Femmes were founded by bassist Brian Ritchie and percussionist Victor DeLorenzo in Milwaukee, Wisconsin during the early 1980’s. The trio became a full-fledged band upon the arrival of lead vocalist and guitarist Gordon Gano.

Their first album, containing two of their most well-known songs, Blister in the Sun and Gone Daddy Gone, had sales of over nine million copies by the early 2000’s. The Violent Femmes are best known as folk-punk rockers. Whatever you want to call them, they remain as one of the most original sounds in rock history.

Rush, a Canadian rock band, was formed in Toronto in 1968 by Geddy Lee, Alex Lifeson, and Neil Peart. While other bands saw members come and go, Rush remained a true trio for over forty years.

With over forty million record sales, a star on the Hollywood Walk of Fame, and induction into the Rock Hall of Fame, Rush is one of the most beloved of all hard-rock bands. They have sold out countless concert tours and, with hits like Tom Sawyer, have topped the charts for decades.

Danny Hutton, Cory Wells, and Chuck Negron, all vocalists, formed the American band Three Dog Night in 1967. Since the original band was a trio (singing with a variety of backup musicians), it is included in this list although other band members were added as back-up through the years.

Between 1969 and 1975, Three Dog Night had twenty-one Top 40 Billboard hits, including such memorable songs as An Old Fashioned Love Song, Celebrate, Joy to the World, Momma Told Me (Not to Come), and Never Been to Spain. Three Dog Night was inducted into the Vocal Group Hall of Fame in 2000.

Keith Emerson, Greg Lake and Carl Palmer came together in 1970 to form the British rock band known simply as ELP or Emerson, Lake, and Palmer. A sound unlike any other quickly emerged, enabling the trio to go from playing basement clubs and smaller venues to packing large auditoriums and arenas. Combining classical music with jazz and symphonic rock, Emerson, Lake and Palmer were one of the most commercially successful bands of the 70’s.

Emerson, Lake and Palmer had nine certified gold record albums in the US and sold an estimated 48 million records worldwide. One of rock’s first super groups, the band utilized a bank of organs and synthesizers to give their songs an otherworldly sound. Hits include Karn Evil 9 (from Brain Salad Surgery), Lucky Man (from Emerson, Lake and Palmer), and Nut Rocker (from Pictures at an Exhibition).

Mark Farner, Don Brewer, and Mel Schacher formed Grand Funk Railroad in 1969. Starting in Flint, Michigan, the band made its way into the southern states, playing at the Atlanta International Pop Festival, where they gained immediate popularity and a steady following.

Grand Funk Railroad released thirteen studio albums from 1969 to 1983. Despite a lack of critical acclaim, the band toured extensively and played to packed arenas in the USA and beyond. Hits include I’m Your Captain, Locomotion, and Some Kind of Wonderful.

Brian Setzer, Lee Rocker, and Slim Jim Phantom formed their rockabilly band, The Stray Cats, in 1979. Originating in their hometown of Massapequa, New York, The Stray Cats quickly gained popularity on Long Island and in New York City. Soon the United States, Great Britain, Australia, and Canada caught on and the rockabilly movement spread across the globe.

Blending rockabilly and punk, The Stray Cats promoted the revival of 1950’s music and styles, wearing tight black trousers, draped jackets, and modern versions of 50’s hairstyles while on stage. The look caught on and is still in fashion today.

The Stray Cats produced many hit records, including Stray Cat Strut, Look at That Cadillac, I Won’t Stand in Your Way, and Rock This Town. The Stray Cats helped shape rock and roll throughout the 80’s and 90’s. This exceptional trio has toured for forty years, bringing their version of 1950’s music to the world.

Genesis is an English progressive-rock band formed in 1967. Although other musicians can say that they were a part of Genesis, the band’s most commercially successful trio consisted of Tony Banks, Mike Rutherford and Phil Collins.

Genesis has sold more than 150 million records, making the band one of the highest selling groups of all time. Hits include Dance on a Volcano, Behind the Lines, and Mama.

Although the Bee Gees grew up in Manchester, England, their family moved to Australia in 1955 where the group cut its first records. Returning to England in 1967, the Bee Gees quickly found worldwide success. By the late 1970’s, with the release of Saturday Night Fever, the Bee Gees were a household name.

With tight harmonies and strong, clear vocals, the Bee Gees had a very distinctive sound. When disco was at its height, the Bee Gees were dubbed the Disco Kings.

Make no mistake, during the 70’s, the Bee Gees kept the disco era on its toes! With songs like Stayin’ Alive, How Deep is Your Love, and Night Fever, the three Gibb brothers quickly gained international fame.

The Bee Gees have sold millions of records and have received many awards. With nine number one hits on the Billboard Hot 100 list, The Bee Gees are the third-most successful band in Billboard chart history, behind only The Beatles and The Supremes. The Bee Gees never grow old and after a career spanning over 5 decades, they still have fans around the world.

The Johnny Burnette Trio is not as famous as the bands listed above. The members aren’t outstanding musicians and they have never had a best selling album.

So why are they included in this list? While most bands, past and present, depend on four or more members, Johnny Burnette’s Rock and Roll Trio is the first rock trio in history! Their sound is considered rockabilly nowadays, but back in 1956 they were rocking the radio waves.

Rock trios are hard to find, which makes the ones that exist pretty special. Trios like the ones listed above have certainly made huge contributions to the history of rock music and continue to do so today.